This page exists to draw attention to ongoing flagrant copyright infringement of my site, logo and idea. 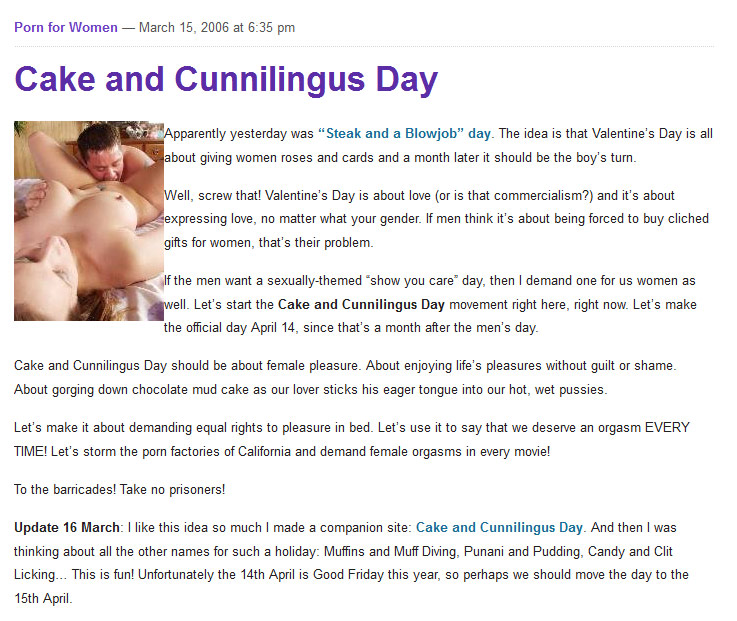 And then I got excited and made a little website to go with it - this one.

Here's the Wayback Machine record of the site in 2006. 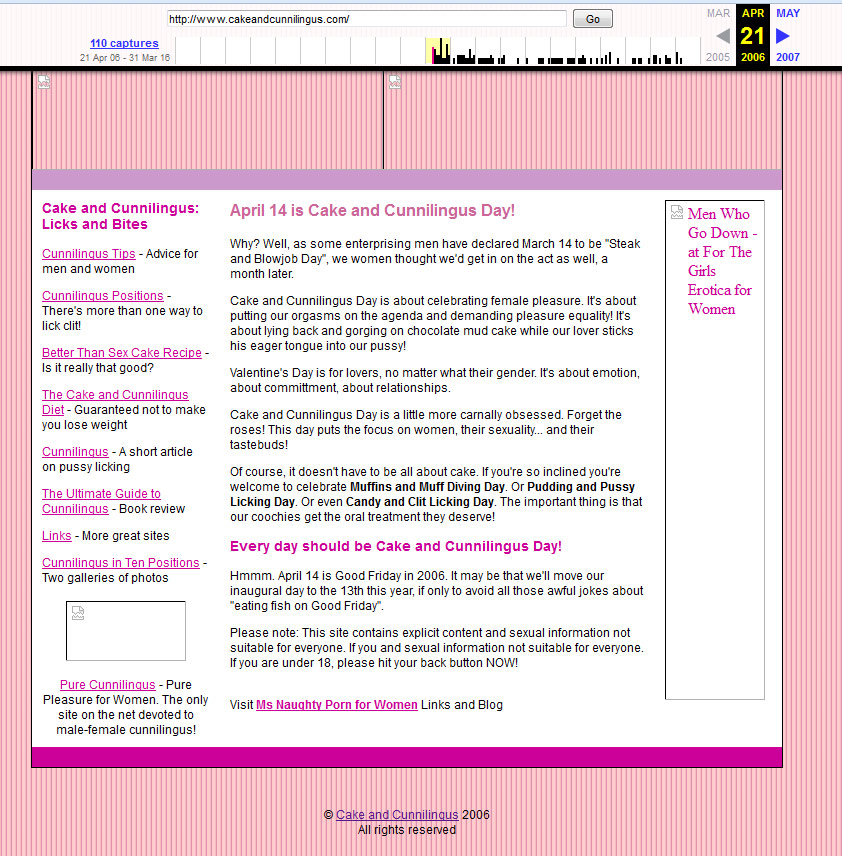 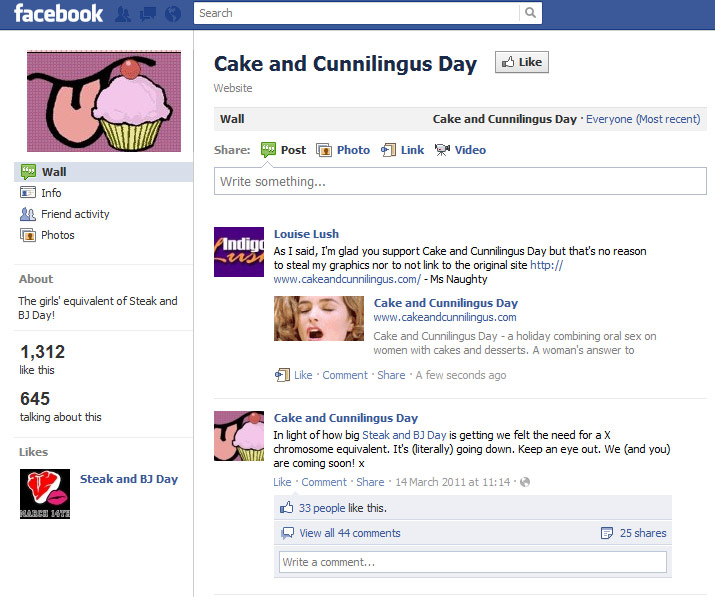 They then changed their logo to somthing extremely similar to the tongue/cake logo and continued to claim that they were the creators of the day.

Today, 6th April 2016 I discover that these people have now created a full site - cakeandcunnilingusday.com using that same similar logo and they continue to claim they created the idea. They do not credit me or the original site. They are selling T-shirts and other items, ostensibly for charity. They also have two Facebook pages claiming the same thing and an unused Twitter account. 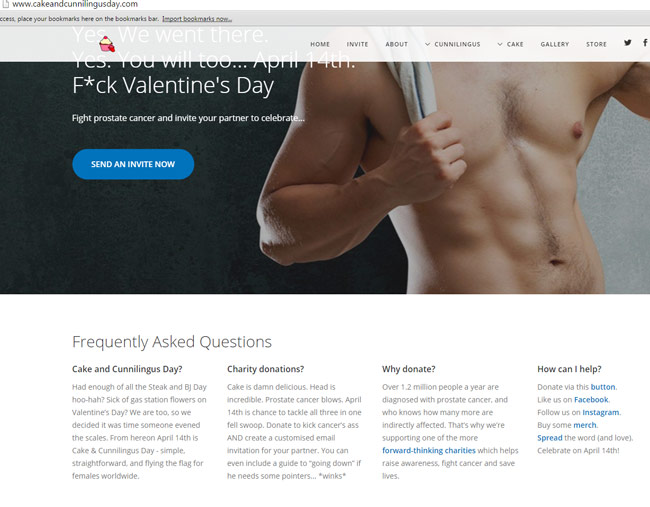 Their "about" page features their claim they invented it and writing that is pretty damned similar to my original site. 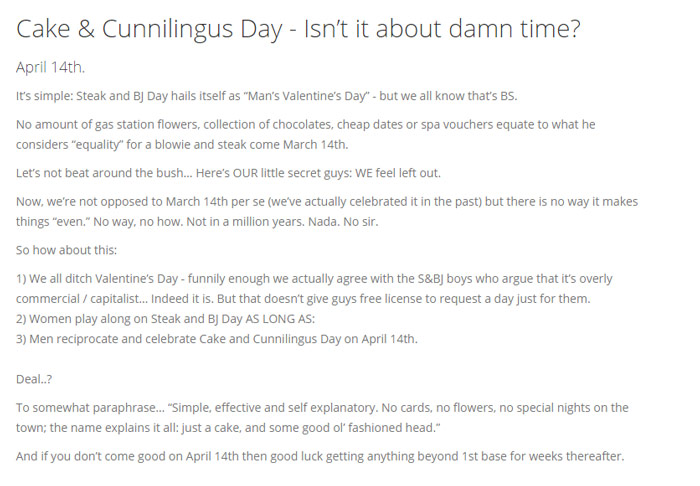 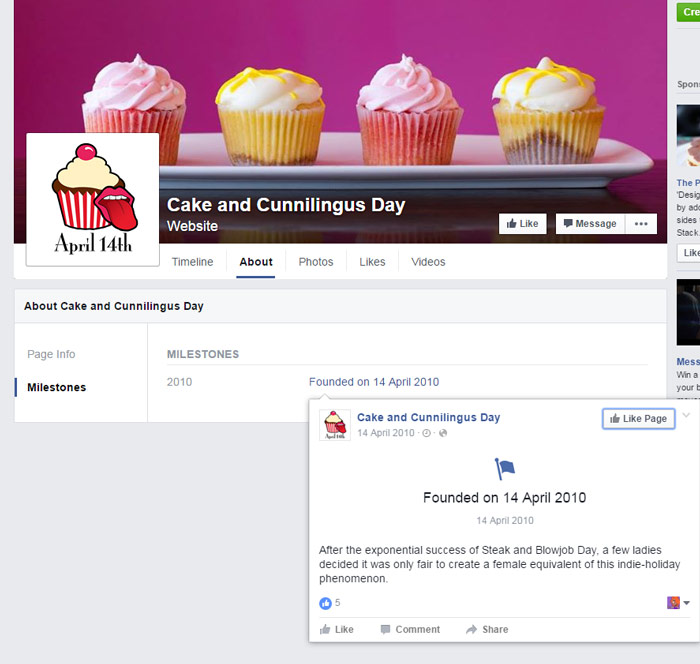 Their details have been made private so right now I don't know who is behind it.

I have made this page to draw awareness to the fact that these people are not telling the truth and have engaged in copyright infringement - even if they are doing it for charity.